Posted on January 1, 2019 by hillbillycollegegirl 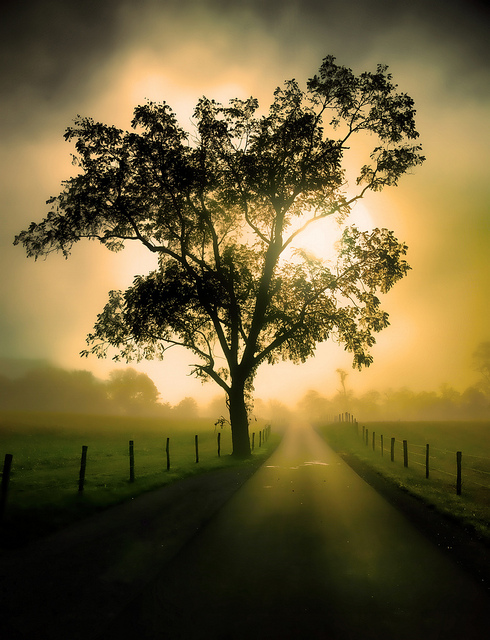 It happens that quick. Reality. Fantasy. One mind; two worlds. Unfortunately, this becomes the day-to-day dilemma for those diagnosed with some form of dementia. In the beginning, there are no warning signs to prepare for the coming days; there are no roadmaps to redirect the confusion; and, there are no paved paths to suggest a smoother route.  It’s a daunting journey.

When I first noticed the hiccups in Mom’s memory, I assisted her. I knew what she wanted to say; so, I helped her out. After all, haven’t most of us at some point in time finished another’s sentence, injected a word, a name, perhaps? Of course, we have. And that’s what I did. When Mom confused names, I corrected. “Don’t you mean ___________?” I said. And that’s the way it went, for a while.

Then one day Mom’s forgetfulness gained a companion. Not only did Mom forget her words, but her conversations also looped. She repeated stories and asked questions that she told or asked moments earlier. And, it was during these episodes that I said nothing. I sat back and observed while at the same time I felt scared and overwhelmed. I knew something had to be done for her, but what is what I did not know. Within my own core, I felt nauseated. It was as if a hot siren whirled and whizzed inside of me. I didn’t know how to process what was happening to my mother, but I realized that I could no longer excuse or justify the cold, hard truth: My mother was sick, and I had not a clue on what to do.

The day Mom and I met with the Neuropsychologist was the day our relationship changed. (Actually, our relationship had already changed. What happened next enlightened me and forced me to acknowledge the truth that I had long refused.)  As a child, I looked to Mom to explain things I did not know or understand. But on this day, Mom depended on me. My mother, my best friend, my confidant was suffering from, according to the Neuropsychologist, ‘Mixed Dementia.’

“Your mother,” he said in a professional but sympathetic tone, “has Alzheimer’s and  Vascular dementia. And,” he continued, “she is in the moderate/mid-stage.”

I sat with Mom, who looked at the doctor and then at me, and I had a hundred questions that I did not know how to ask. When our appointment was over, I gathered Mom, thanked the doctor, and was handed a therapist’s business card, which was intended for me. I guess I was pretty easy to diagnose, too. Mom and I walked down the endless corridor in silence. Once outside, the weather mimicked my melancholy mood. I looked away, an attempt to hide my own frailty, as my tears trickled down and merged with the rain in slow, steady drips. Thankfully, by the end of the afternoon, Mom forgot about her appointment and her diagnosis. Despite what occurred earlier, we had a good day. We talked about the past, which Mom remembers in vivid detail. We enjoyed lunch; and, we wondered whether or not the winter will be mild or miserable. I remember thinking, does it really matter?

In the days following Mom’s diagnosis, I’ve been busy. As her caregiver, I’ve sought a lot of advice from other caregivers who have either meandered their way through the dementia twilight zone or who are standing at the threshold of the zone same as me. The outpouring of support that I’ve received is humbling. And, as with any terminal illness, to go it alone is incomprehensible.

With each passing day, I find myself continuing to struggle with what some refer to as “The long goodbye.” But, for however long the journey, I vow to be a devoted daughter as well as a compassionate caregiver. I’ve read a plethora of books and articles on how to care for an Alzheimer’s patient and believe me, there are days when I feel like I’ve read them all and committed a few to memory. Hard as it is, I want to know what lies ahead. I have to know what to do, what to say, and where to turn when I can no longer meander the course alone.

Sometimes I allow myself a moment to drift back in time so that I can remember the way my mother and I laughed at the silliest of things. (We both share the same quirky sense of humor.)  One particular memory that still gets a giggle happened at Walmart. Mom and I were shopping and crossed paths with a ‘Red-Dot-Roll-Back Sale.’ The item? Toilet tissue. With both of us driving our own shopping cart and Mom leading the way, we came face-to-face with the biggest display of toilet tissue you can imagine. To this day, I don’t know how it happened, or why, but it was a deal, according to my mother that neither of us could afford to pass up. For one, Mom said it won’t spoil, and two, there’s plenty of room to store it in the basement. It was a win-win. Naturally, we commenced loading our carts to the hilt. (It was all we bought that day if my memory serves me well.)

While peeping around the stacked necessary, we zig-zagged our way to the checkout. Then it happened. I suddenly realized what we were about to purchase and I became acutely aware of what we must look like. No longer in control of my reserve, I looked at Mom who looked back at me, and together we expelled a laugh that was heard several isles over. Embarrassed, I stepped in front of my cart and whispered in Mom’s ear, “What do we say if someone asks us why we are buying so much toilet paper?” My mother put her arm around me and whispered back, “We’ll just say that we are preparing for a prune-eating contest.” Mom burst out laughing, and I joined her; tears soaking our faces.

It is during these remembrances that I let go and laugh until I cry because this is how I  remember my mom. Afterward, when reality forces me back into the present, I cry as hard as I laugh—

I'm a coal miner's daughter, and proud of my Appalachian heritage. Writing and reading are my passions. I'm a barber, caregiver, loyal friend, and wife. I prefer the mountains; I love cold weather, and I adore my mini-Goldendoodle and two cats who are pretty good at hanging out with me while I write. They don't offer much advice, but they don't criticize either. And for that, I am grateful. I'm an introvert but can switch to being an extravert should the need arise. (Truthfully, I'd rather not, but don't tell anybody.) Every day I pray for guidance and strength because let's face it, meandering through life ain't easy. View all posts by hillbillycollegegirl